I have noticed that Android and Kotlin are increasingly becoming synonyms, especially in the minds of IT recruiters.

It's a very understandable error. They are doing a different job and a good recruiter is not required to know everything that we know, he needs to do his own job well.

But it is wrong: 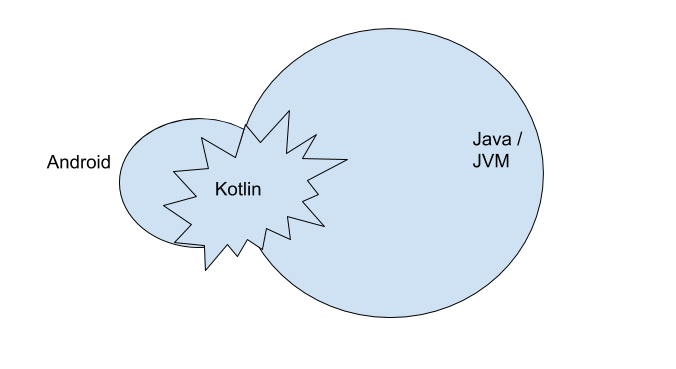 As you can see on this schema, Kotlin has a larger share of usage in Android than on the JVM. But since the JVM is a bigger platform, the number of Kotlin developers that do Android or something else is roughly similar.

In the Android world, Kotlin is replacing Java

The background on this is that the Android world is becoming fast Kotlin first.

Also there is a very tempting parallel with the Apple/iOS world where Swift is replacing Objective C.

It seems that Google is pushing Kotlin in the exact same way.

Some early articles even used this parallel explicitly:

"Kotlin, the Swift of Android"

Kotlin was designed for Java and the JVM, not for Android

Kotlin was created by JetBrains, not for Android but for Java and the JVM.

That's a big difference with Swift/iOS.

The programmers interested in Swift and in iOS/macOS are basically the same.

On the other hand, while Android is a big platform, Java and the JVM is an even huger platform.

This explains neatly that while Kotlin is a big hit on Android, there are still as many or more Kotlin developers that are not programming for Kotlin. 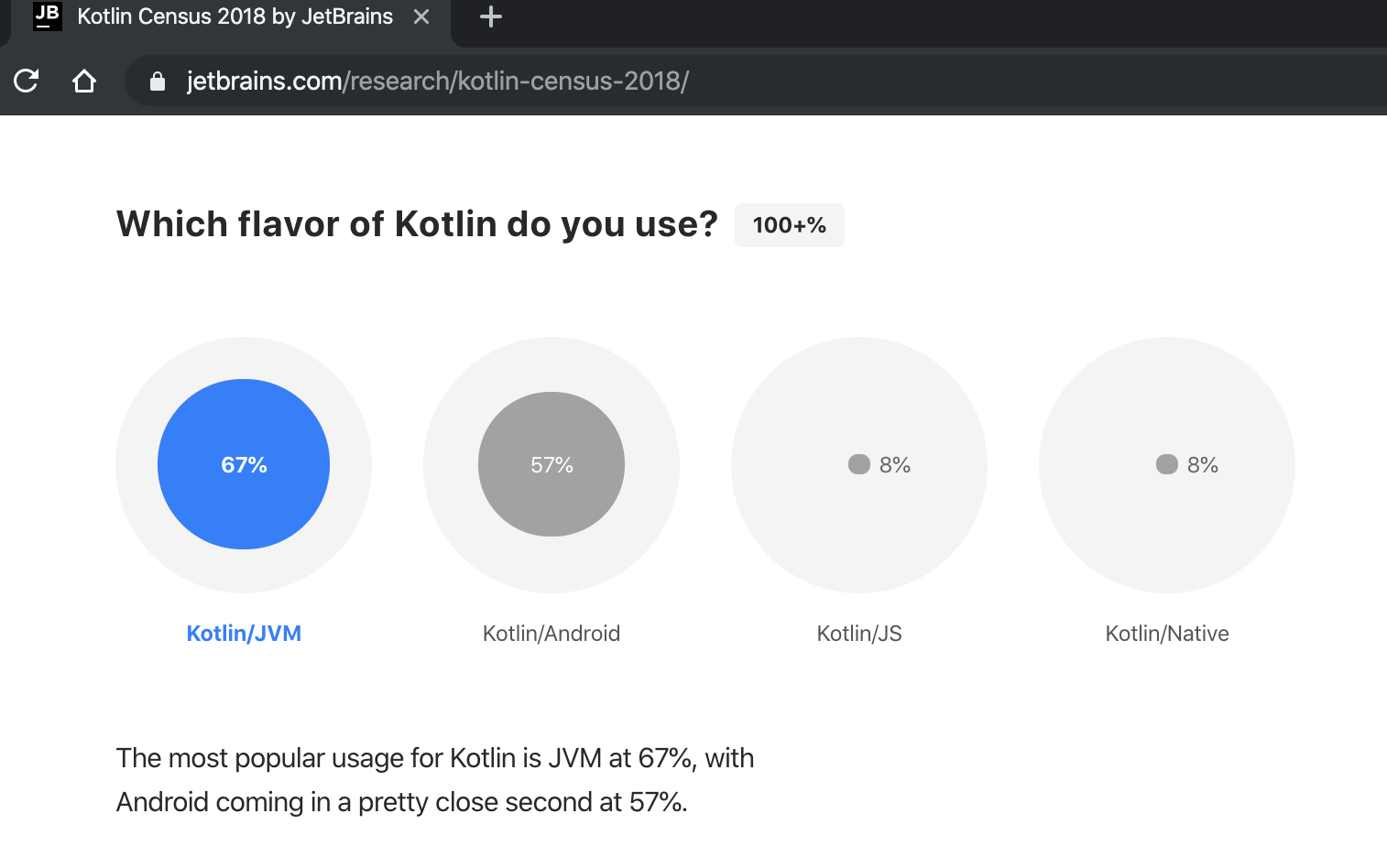 Kotlin on Android is all about product-market fit

So why was Kotlin a big success on Android if it was not designed for it?

Simple, it's a classic example of product-market fit.

JetBrains did not target Android developers.

Android developers world realized themselves quite clearly years ago that programming for Android was broken and needed to change.

I wrote about it here

So Android developers were actively seeking new solutions, trying out everything until they found something that sticks. And one of those things was Kotlin.

That's the context of what you have read

Google is now pushing Android as an official language on Android

It was not in fact like Swift which was invented and pushed by Apple for iOS developers.

Instead Kotlin was intended to replace Java, the Android developers discovered and used it first.

Then the Android Framework team decided to follow them.

I am certainly glad they did.

It does open new hopes for making developing for Android less painful.

And also it made the signaling much easier.

This is why dear recruiters you have heard the message that it was OK to use Kotlin in Android.

But in fact it was totally OK even before this was announced.

The Java/JVM world is in a very similar position today

Today it's perfectly OK to use Kotlin on the JVM.

It's just that as an IT recruiter you may not be told explicitly to recruit for Kotlin backend developers.

I propose this rule of thumbs:

if Java is a good solution to a given problem, then Kotlin is a great solution to the same problem

In particular Kotlin is a great choice for backend developers.

It has its own very interesting native frameworks.

Kotlin coroutines are changing the game because you don't have to choose between simple code and non-blocking code anymore. Why not both?